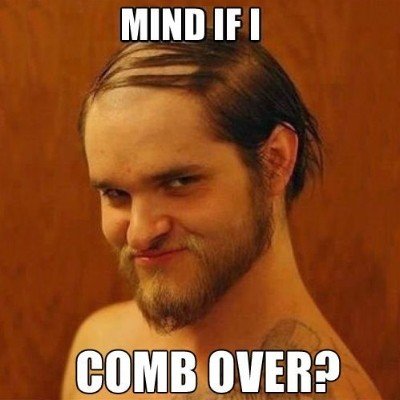 The Hills Are Alive

…With the sound of muuuusiiicc. Aww, doesn’t that film just make you feel ooey gooey good on the inside?!! Julie Andrews, Do Re Mi, clothes made out of curtains. One of the best movies of all time.

Yeah, I’m a senior freak. This is nothing new. We’ve established this with my blog reveals. But, what might be new and fresh for you all is my epic music skills. Just watch my latest jam sesh:

Oh, you want more you say?! Encore?! Sorry, you’ll have to buy tickets to my next concert. And yes, that’s a shower cap. All granny wannabes wear them whilst playing instruments. You’d have to be one to understand.

Ok. Enough of that hubbub! I clearly stink at the harmonica (although in my defense that was the first day I tried it). I did, however, used to be pretty good at the flute and piano. Key words: “used to.” It’s too bad though because had I kept up with them I could be a virtuoso by now. And when I hit 80, I could have been the talk of the town. Like this dude:

Woof, someone grab me a fan and fainting couch. This silver-haired Santana is making me SWOON.

Mmmmmhhhmm das right: Did ya’ll know.that musical talent does not decline with age — It RE-FINES. Oh yeah, this is fine wine material here. It’s simple logic- the more you do something, the better you get at it. I mean duh, right? Well, I don’t think it’s a duh thing actually. I don’t think we expect to see a Mr. Gray gone Gary Clark Jr. Quite the contrary; we are mouths-gaping WOWED by it. Most of us react this way to talented musicians of all ages, but when it’s a senior we go ape *shhhhh. We think “He’s so old, but look how he can still play!” I mean, hello, I’m one of them because I internet fainted when I saw this dude.

BUT, as we see with Mr. Gray in this video, talents ripen with time. If continued into old age, these talents enrich the lives of the elderly AND ours simultaneously. Mr. Gray might appear a bit pruney, but he is no wilting grape! And to speak strictly musically, it’s a darn good thing emotionally and physically. It’s a mood booster, provides hand exercise and brain stimulation, preserves memory, you name it.

Seniors with dementia often cannot remember names, places, or other words, but can remember every word to a song when they sing. Check out this video (*warning* get your happy tissues out!):

SHOT THROUGH THE HEART! This gets me deep in my soul. I feel that everything that is positive and hopeful about humanity is present in this video. I could write more here about my thoughts on this, but I mean, I already posted one embarrassing video in this entry, let’s go for 2:

Ok, sorry bout the waterworks, but MAN these videos bring us full circle: Look at what Mr. Gray can do for music and what music can do for Mr. Gray. So let’s all be rockstars.