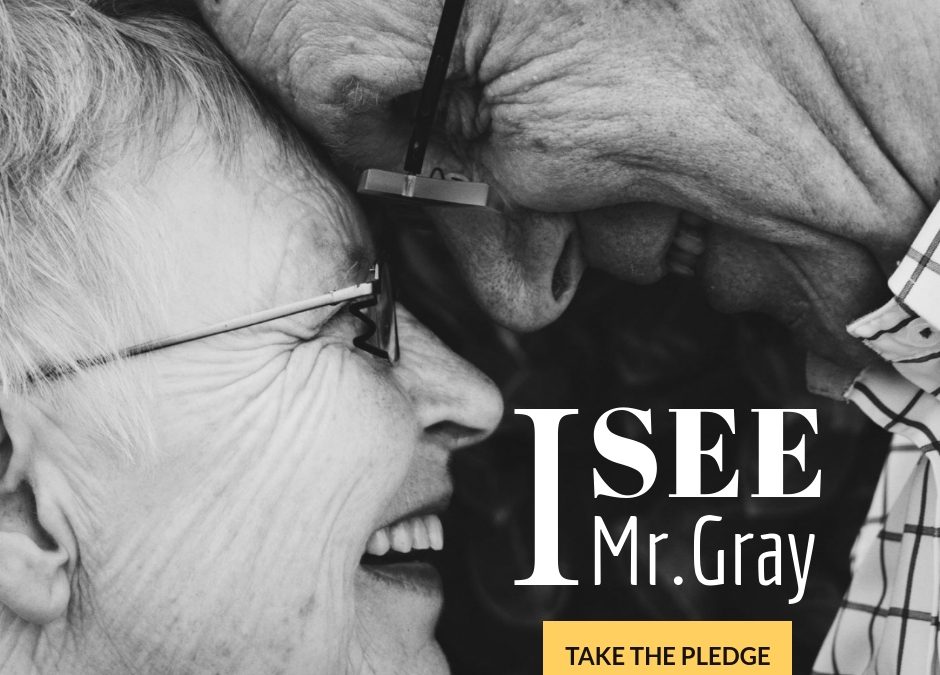 I’ll never forget watching an 80’s childhood movie and wondering what they meant by “putting Grandma out to pasture.” It confused me as a young girl, although there was a clear sadness about it all. Today, I see the analogy is perfect, because sadly, when someone becomes a Mr. Gray, we do “put him away” until he dies like a beef cow in a pasture. I don’t mean to sound depressing, but you can decide for yourself:

When you are out and about running errands, why is an encounter with Mr. Gray rare?

Why do we frustratedly pass Mr. Gray in the fast lane because he’s driving too slow?

Why is there a special, separated place where Mr. Gray lives, but everyone else avoids it like the plague?

Because society has perpetuated the belief that Mr. Gray is useless and a burden to the rest of us — kind of like a doll a child has outgrown and is just taking up space, and so it’s tucked away in the closet.

Does these mean our society is heartless? I don’t think so. But I do think it’s a bad pattern that has developed and remained largely unchanged over time.

Well, it’s time to do something about it! HOW?

By seeing Mr. Gray. Not looking, but seeing.

See his value and let him know his worth.

See that he can still contribute and let him take action.

See his wisdom. Then tell him how you’ll apply it.

See his story. Listen and respond.

It seems so simple, but it’s not our norm. Let’s make a change for Mr. Gray, our future selves.  Let’s not put Mr. Gray away, but bring him back to where he belongs — as one of us. 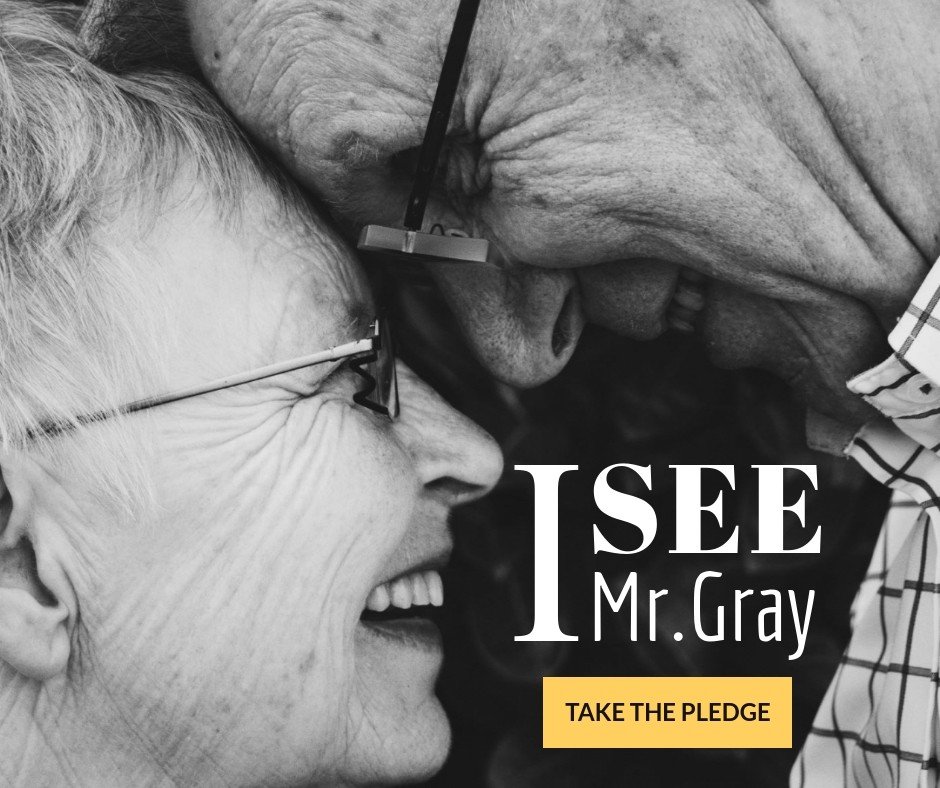 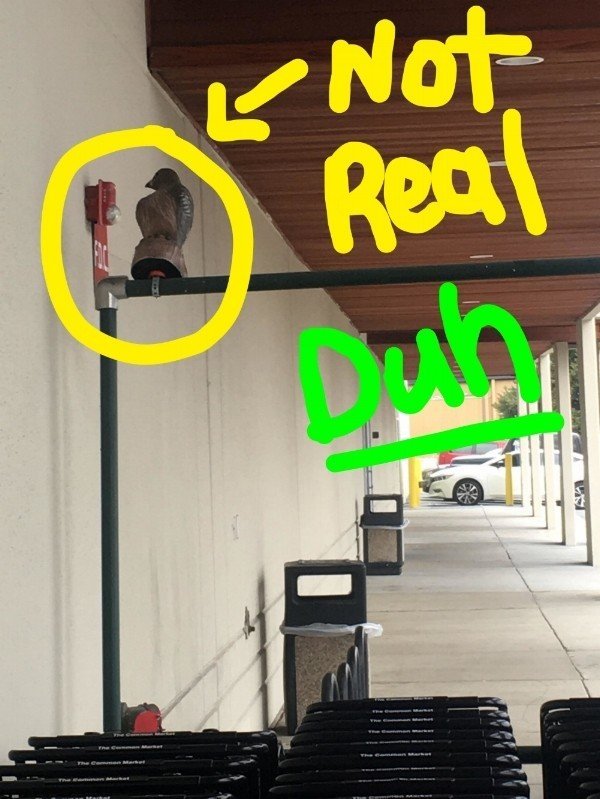 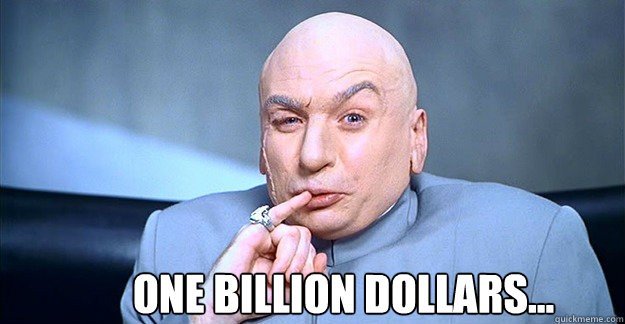 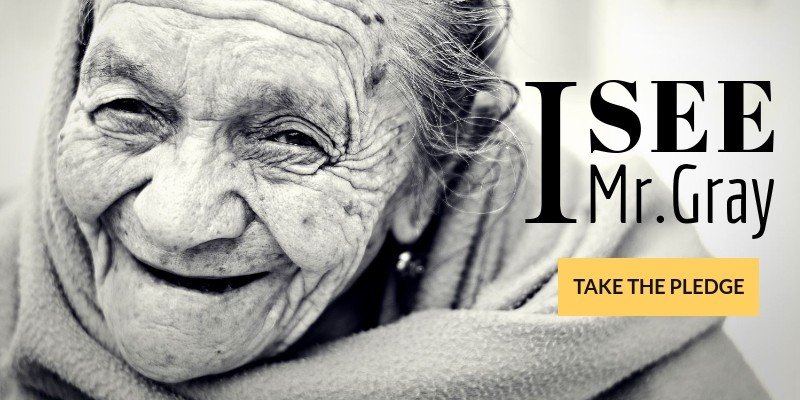 I used to have art skillzzzz. I mean, I’m not gonna brag, but I painted some epic still lifes with acrylic paints in 6th grade. My specialties were fruit bowls and flowers lol. Just feast your eyes on this exact replica: 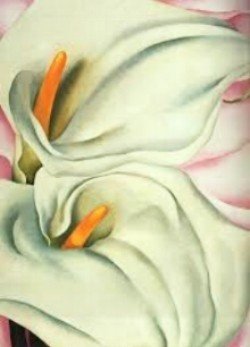 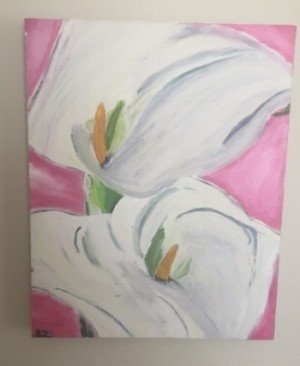 Okay, so maybe I’m not the next Michelangelo, but not too shabby for an 11 year old, right? While I started off STRONG, unfortunately, I peaked in middle school and it’s been all stick figures since. BUT, there’s a silver lining (2 guesses why I love that expression). I luckily remained quite “crafty”……..in more ways than one ;o)….. *shhhh don’t tell my husband* muahaha.

For example, I’m pretty good at stuff like making jewelry, decorative wreathes, posters, etc.  It may not land me an art exhibit, but hey, it ties in swimmingly with my Grandma persona! p.s. LITERALLY as I’m writing this sentence at Starbucks, the senior ladies next to me just mentioned crocheting and discussed cleaning out their “yarn stashes” to make room for the new stuff. And I’m thinking, where’s my invite ladies?! So yeah, we elderly and wannabe elderly folks love our crafts. Don’t hate.

While I enjoy crafting (cuz I mean I can take those twigs off your tree and whip you up a vase that would rock your tablescape), I might enjoy buying crafts even more. Which is exactly why I attended/dragged my husband and mother to the local “Flower & Garden Festival.” It’s the perfect place to roll around a wagon and buy a new set of ferns; it’s also the perfect place to check out random goodies my husband doesn’t want me to buy and that I probably don’t actually need. Luckily for MEEEEE, and unluckily for HIM, I came upon the Promised Land/Stand: 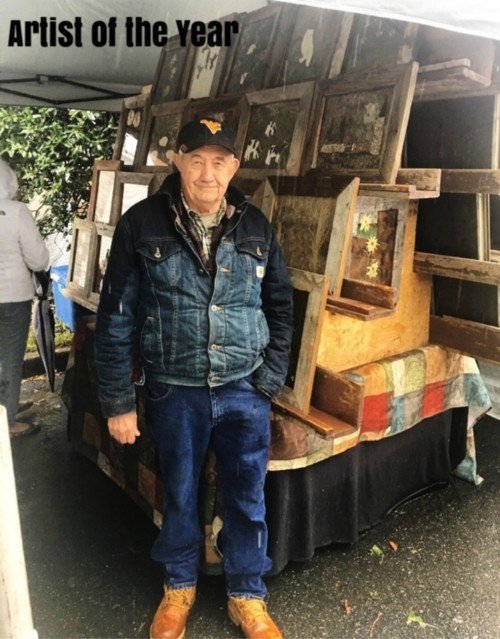 Too cute to caption.

Where do I start?!??!?! THE NATURAL MATERIALS. THE RUSTIC FRAMES. THE CREATIVITY. THE PROCESS. THE ARTISTRY. THE MR. GRAY BEHIND THE FRAMES. It was almost too much for me to handle. And then, Mr. Gray tells me HOW he makes these masterpieces and I was like: 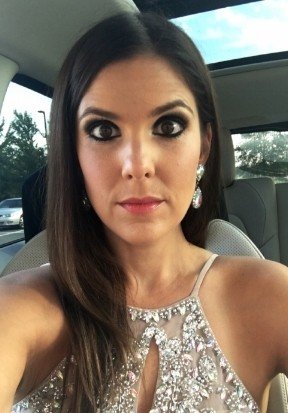 I LOVE YOU MAN

Every single piece of material in his artwork is from nature. Scenes of nature, using nature. MIND BLOWN. He scrapes moss and bark off trees. He uses pieces of honeycomb, flowers, whatever he can find and uses the natural colors and textures to create these gems. People were buying these things up like hotcakes and I got right in line/cut the line! Even though our house is mostly decorated, I HAD to find some way to incorporate his genius into our home. Then it dawned on me: future baby room decorrrr, hollaaa! (Never too early to plan ahead and hey, I’m connecting the generations). Anywho, I started out with 1 and ended up with 5 :oDDD

Now for some close ups: 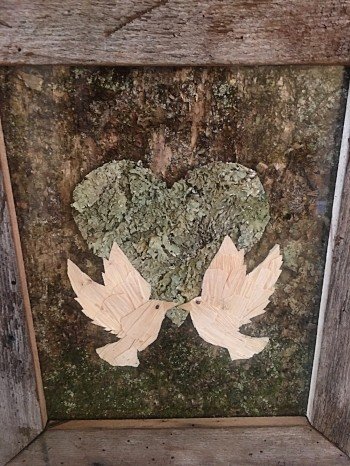 Those are birds made of corn husks ya’ll 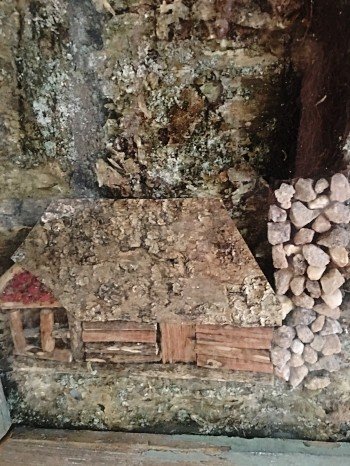 Twigs and flowers and pebbles, oh my! 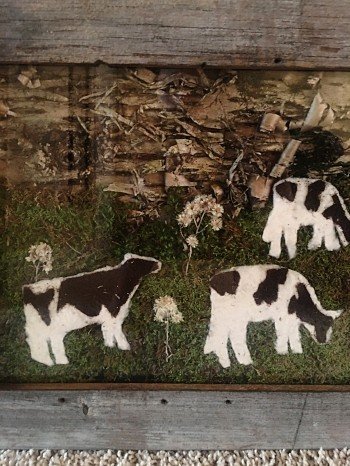 I don’t even know what those cows are made of, but I do know it’s au naturale!

As I was carefully selecting these gems, Mr. Gray would tell me the source of each piece of material, sometimes with a story about it; he was so passionate about his work and it really made the art that much more priceless. It was so intriguing to me that he took things in life that are often overlooked like bark, moss, cotton, poppyseeds, etc. and turned them into something of beauty and value.

I’m feeling (“Phil-ing”) an analogy coming in the air tonight:

Don’t many of us do that with elderly folks? They are just there in the background (where I argue, our society has put them) and we under-appreciate them and often, don’t even see them. However, with some attention, they totally come to life and contribute to a more beautiful society.

Because I too fall prey to the “background” stereotype of the elderly, Mr. Gray surprises me time and time again with his abilities. This was one of those moments. Beyond the unique creativity and talent, it was also clear that the process to make these artworks requires some level of physicality- to search through the woods of West Virginia for the materials and gather them. That puts my pilates classes to shame!

So, until we meet again Mr. Gray….

For today, you’ve out-crafted me in more ways than one. ;o) 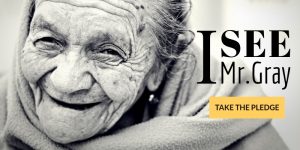